The GRE, or graduate record examination is a test used by graduate programs and business schools to evaluate how prepared an applicant is to do graduate-level work. More than 600,000 potential grad school students take the test annually worldwide. This test evaluates a person’s verbal reasoning, critical thinking, analytical writing and quantitative reasoning, and is used by admissions and fellowship panels to constitute undergraduate records, recommendation letters and other qualifications for graduate study. More than 3,200 graduate and business schools accept the test, as it’s a generic test that doesn’t relate to any specific field of study.

The test scores importance weighs heavily on the admission’s process, as the test could be just a part of the admissions process, or it can be used as a selection factor. The Educational Testing Service (ETS) began administering the GRE in 1949, and today it is offered one of two ways; computer-based or paper-based, depending on where you live and where you take the test. Paper-based test centers test applicants three times per year in October, November, and April. Computer-based test centers are generally found around large metropolitan areas and test year round.

As mentioned before, the test is split up into four main sections. The first section focuses on writing, while the other three sections are multiple-choice. Of those three, one of the multiple choice sections tests ones verbal skills, another one tests ones quantitative skills and the last one is an experimental section that isn’t included in the score. The key is that test-takers will not know which section is the experimental section. The entire test is said to take about four hours.

Breakdown of Each GRE Section

Knowing what to expect before you’re faced with the GRE is critical to helping you prepare. Let’s go over each section, and what you should expect.

Verbal Section- This section mainly tests ones vocabulary through analogies, completions and reading comprehension passages. This section generally lasts 30 minutes and has 30 questions.

Quantitative Section- This section mainly focuses on ones ability to problem solve, along with quantitative comparison questions that are equivalent to high school level math. This section generally lasts 45 minutes and has 28 questions.

Analytical Writing Section- There is two separate essays in this section; issue task and argument task. ETS provides a computer that utilizes their own word processing program. The issue task lasts 45 minutes and issue topics are selected from an assortment of questions, where the test taker chooses two topics to write their essay. The argument task is given an argument and writes an essay that critiques the argument. Arguments are also selected from an assortment of questions, and test takers are given 30 minutes to write their essay.

Experimental Section- This section generally contains new questions that are being considered by the ETS. The questions can either be verbal, quantitative or analytical writing and sometimes does not appear in the test. Test takers have no way of knowing the difference between the experimental section and the real test.

For students who have majored or have had extensive background in a specific area, there are nine subject tests in addition to the general test. Some of the tests yield sub-scores that can indicate the strengths and weaknesses of a student’s preparation. Plus the test can be used for guidance and placement purposes. The nine subject tests include:

As of February 2010, the cost of the GRE was $160.00. However, due to the economic state of the country, financial aid is available to applicants who can prove economic hardships. The ETS has no obligation to, yet they are very willing to reduce the fee under certain circumstances.

Preparing for the GRE

There are numerous different resources when trying to prepare for the GRE. After you register for the test, the ETS provides each test taker with preparation software called PowerPrep. The software includes previous questions that are no longer used, as well as future practice questions and review material. You can also look up practice GRE exams online, however, it’s hard to say whether or not those practice tests are comparable to the software provided by the ETS. 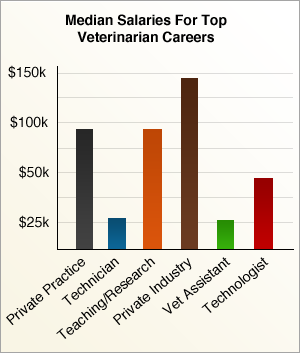